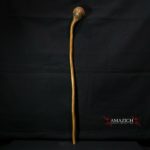 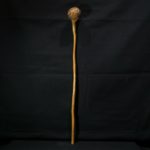 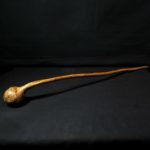 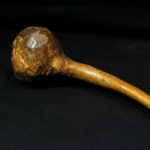 A rungu (Swahili, plural marungu) is a wooden throwing club or baton bearing special symbolism and significance in certain East African tribal cultures. It is especially associated with Maasai morans (male warriors) who have traditionally used it in warfare and for hunting.

Rungus are typically about 50–60 cm in length with a long narrow shaft for a handle and heavy knob or ball at the end in the manner of other indigenous cudgels such as the Irish shillelagh or South African knobkierie.

In Maasai culture, the rungu is an important emblem of warrior status for young males. A special one is held by the designated speaker at important tribal gatherings. Although utilitarian examples are made of simple hard wood, ceremonial rungus may be elaborately carved or made of other materials.