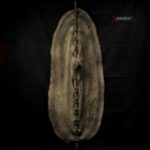 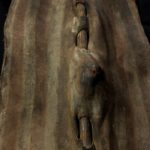 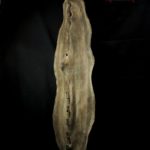 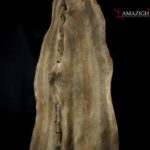 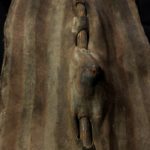 The shield is in excellent general condition. Only a small hole in the center due to years and use.

The Mahdist War  was a war of the late 19th century between the Mahdist Sudanese of the religious leader Muhammad Ahmad bin Abd Allah, who had proclaimed himself the “Mahdi” of Islam (the “Guided One”), and the forces of the Khedivate of Egypt, initially, and later the forces of Britain. Eighteen years of war resulted in the nominally joint-rule state of the Anglo-Egyptian Sudan (1899–1956), a de jure condominium of the British Empire and the Kingdom of Egypt in which Britain had de facto control over the Sudan. The Sudanese launched several unsuccessful invasions of their neighbours, expanding the scale of the conflict to include not only Britain and Egypt but the Italian Empire, the Congo Free State and the Ethiopian Empire.