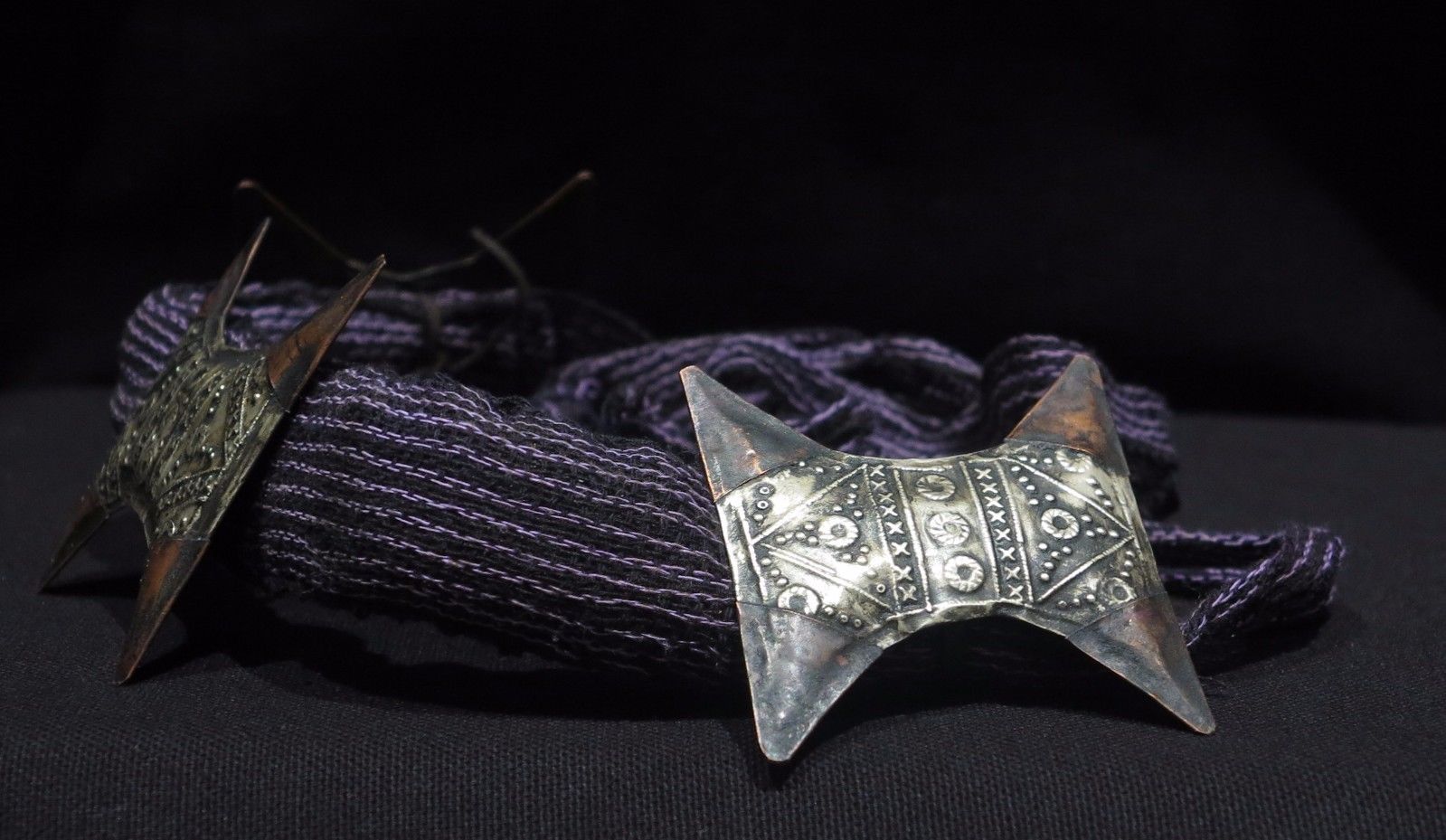 20th century. Front side manufactured from white metal and copper sheet, rear side of iron sheet. Each tcherot is approx. cm. 6,2 high x cm. 5,5 width (2.44” x 2.16″); gr. 40,9 (1.44 oz.). These talismans are attached to tagelmoust, a strip of cloth 20 feet long, protects them from the heat of the desert and the blowing sand. The tagelmoust has the primary function of protecting the “gates of the soul” (mouth and nose) from evil spirits. The Tuareg people inhabit a large area, covering almost all the middle and western Sahara and the north-central Sahel. They are probably descended from the ancient Libyan people of the kingdom of the Garamantes, described by Herodotus. Tuareg are mostly nomads. For over two millennia, they operated the trans-Saharan caravan trade connecting the great cities on the southern edge of the Sahara via five desert trade routes to the northern coast of Africa (Mediterranean).