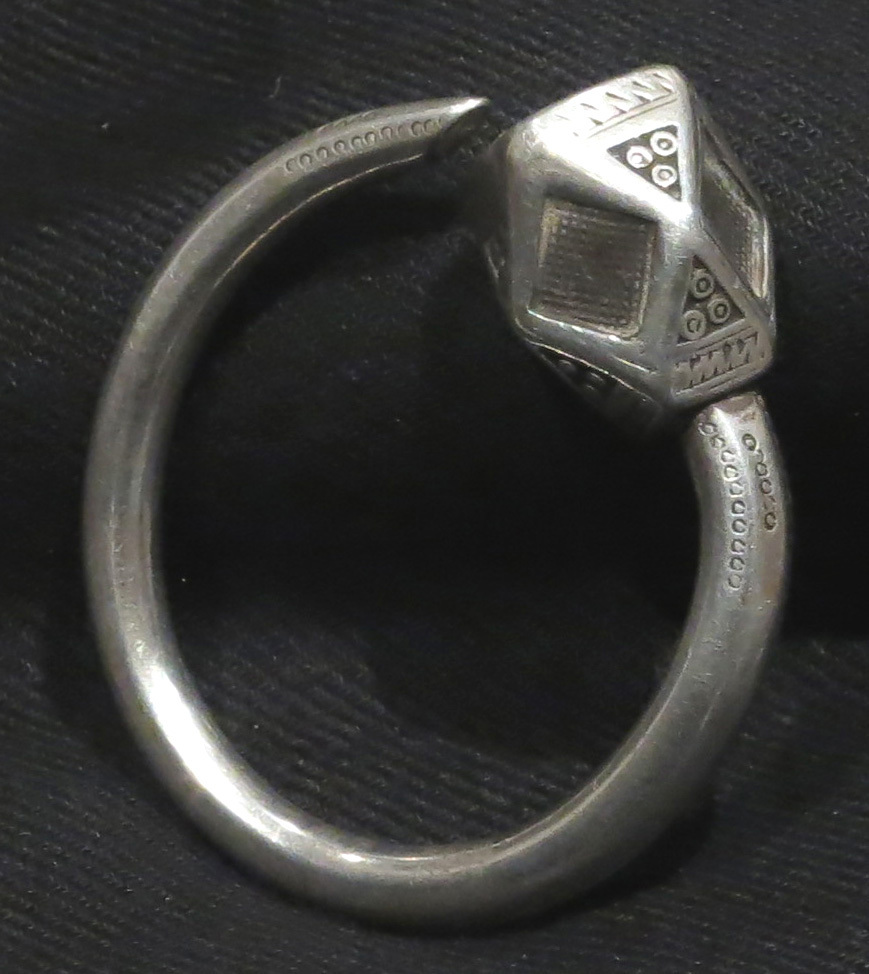 An expression of tribal identity and of social status of the woman who wears them, jewels are also a form of savings, available in times of economic crisis in nomadic society.

Tuareg live in one of the most inhospitable areas of the planet: their whole existence, difficult and precarious, is dominated by an overriding concern to protect and defend themselves from supernatural forces that inhabit the hostile environment – the “Jinn” (evil spirits, from the terrible Ghul, to Ifrit, no less cruel in tending traps to travelers) – and gain the protection of beneficial genes.