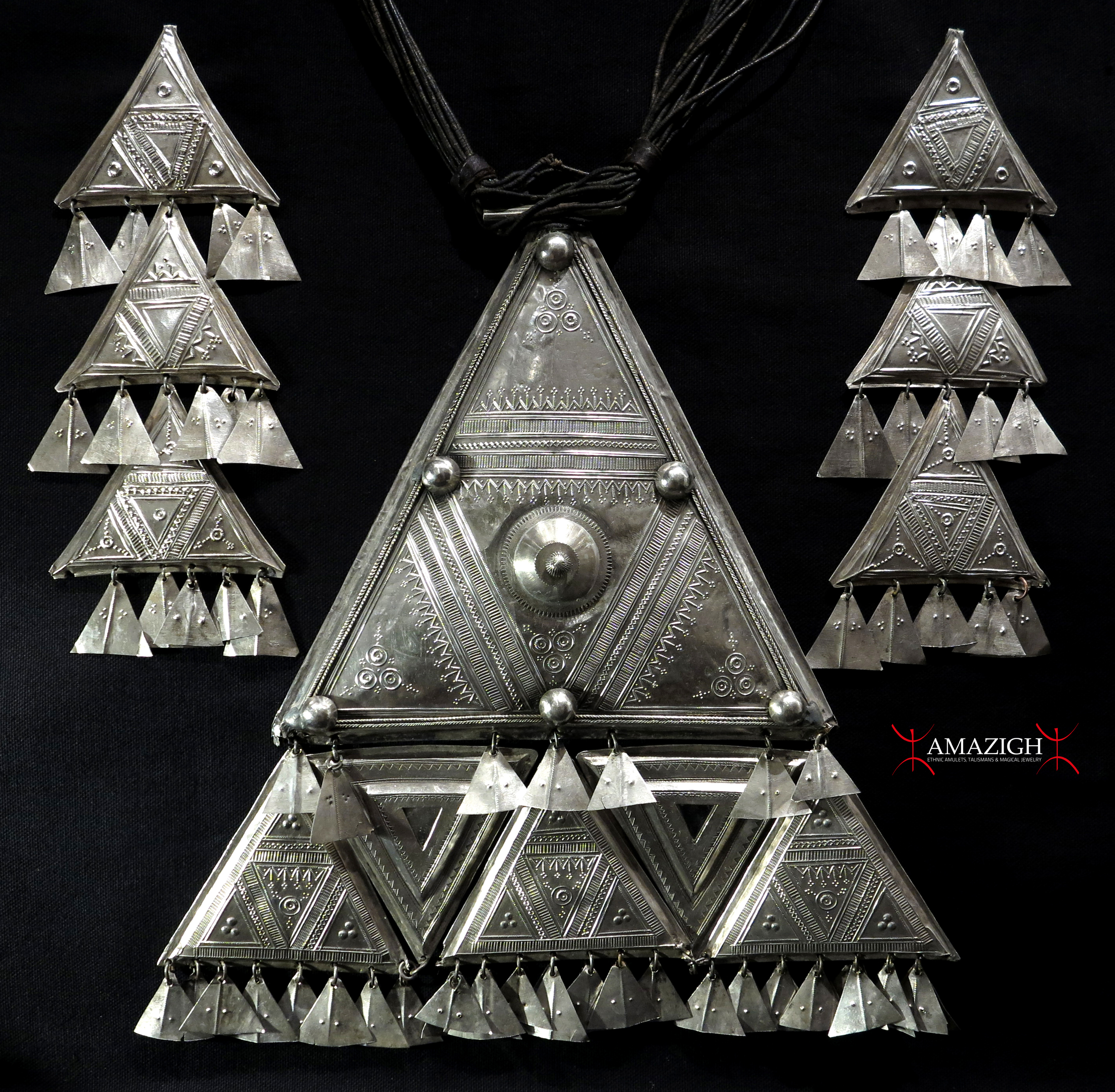 These embossed pectorals Tera (singular: Teraout) are particularly appreciated by Tuareg Hoggar-Tassili women. They consist of an assembly in several flat triangular plates, coated with a plate of ordinary metal, which gives them a certain thickness. The Teraout, the masterpiece of wedding finery, is worn suspended from the neck and attached to the leather thong.