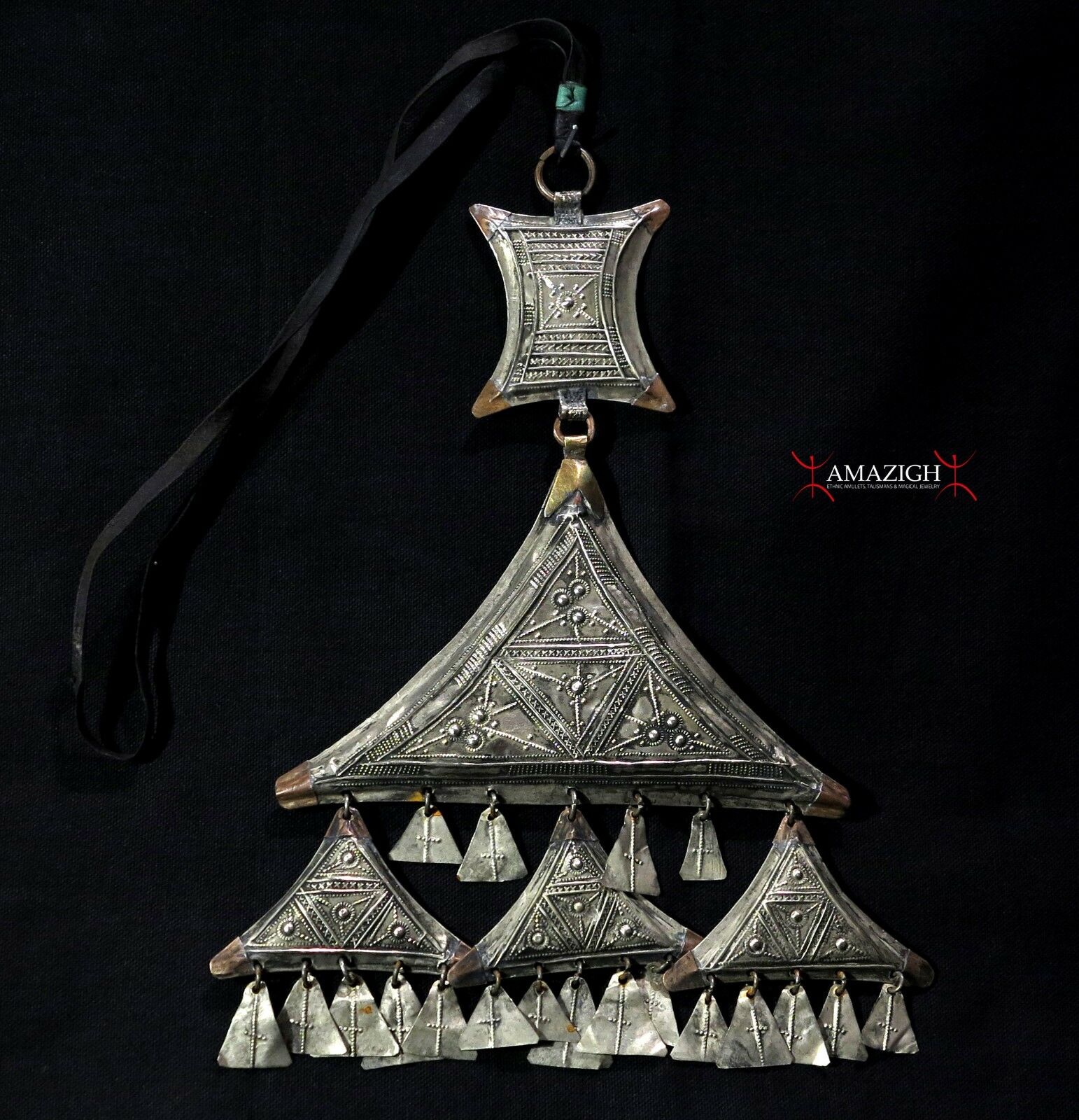 A genuine and old Taraout from Tuareg Hoggar, Algeria. These rare elaborate talismans were worn by women of noble birth.