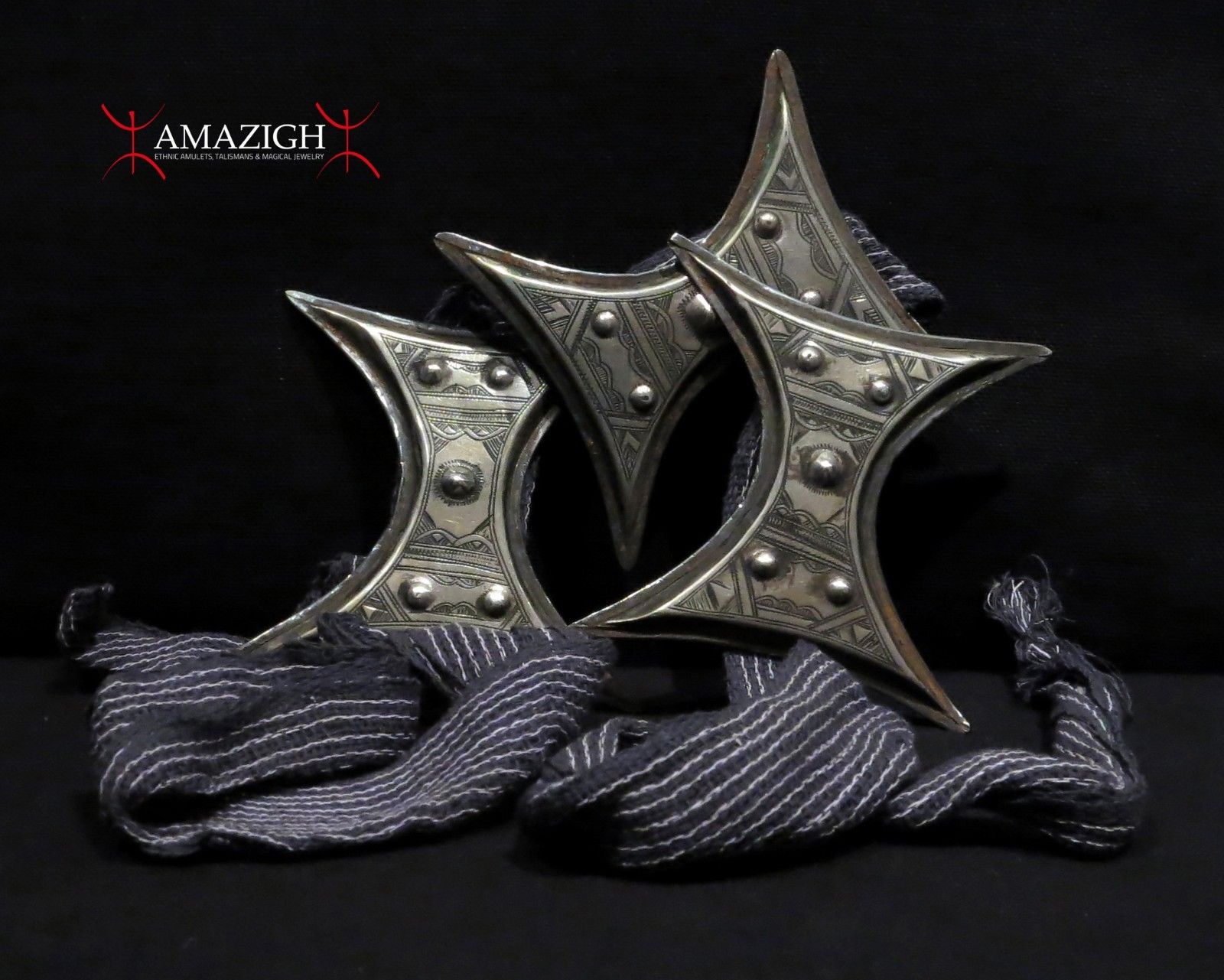 The Tcherot are talismans, worn by the Tuareg in the Sahara and by other Berber people in the extreme south of Morocco, Western Sahara and Mauritania.

They are supposed to bring luck and blessings (baraka) and drive away evil. The effectiveness of the talismans lies in the belief in their intrinsic power that is believed to come from the metal of which they are made (silver, iron, copper, brass), from their content and from their shape.

The Tcherot often has the form of a metal or leather box, lozenge-shaped or rectangle or square. Here we find the female symbols: “X” as a basic shape may be regarded as descended from the Stone Age civilization of the Mediterranean area, lozenge and triangle which are cut out of the dark leather like eyes; and also spirals.

The Techerot often has a sheet of paper, closed and sealed, on which is written in Arabic, one or more verses of the Quran selected by an Imam or a Marabout, at the request of a person who wants to be protected from the evil eye, curses, hatred, diseases or also to receive favors or luck.