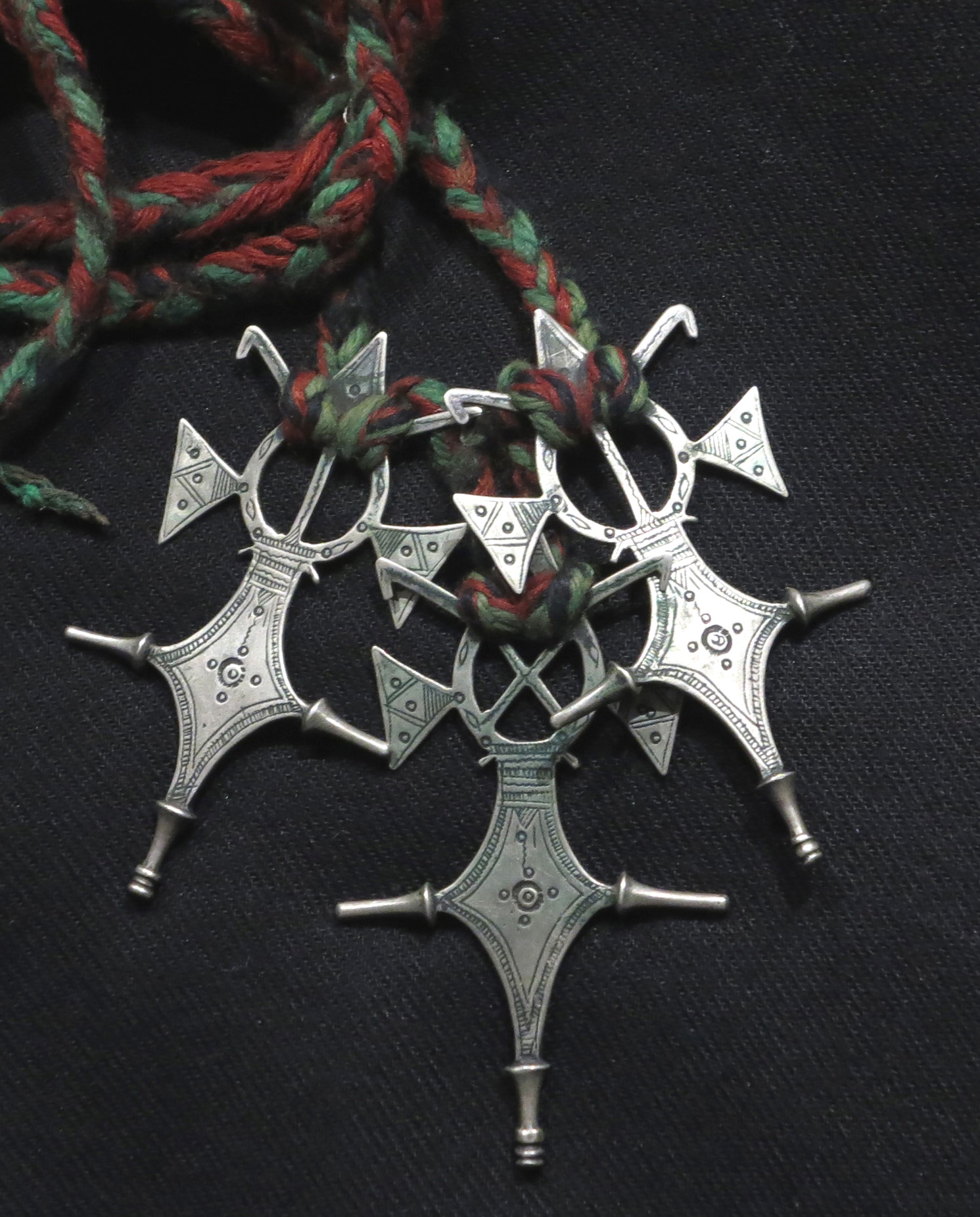 The same typical turban – the litham – that completely covers the face of the Tuareg except the eyes, has the primary function of protecting the “gates of the soul” (mouth and nostrils ) from the Jinn. But the main instruments of protection are the amulets and talismans. Every Tuareg, man or woman, old or young child , has an amulet or a talisman: leather ( the gri-gri ) or silver (the khomissar , the tcherot , the herz), often contain magic formulas, powders of animal and / or vegetable or verses from the Koran. Very often one stands out among these talismans: the upper part is a ring and the lower part is a lozenge-shaped with small tips: this is the Tuareg Cross.