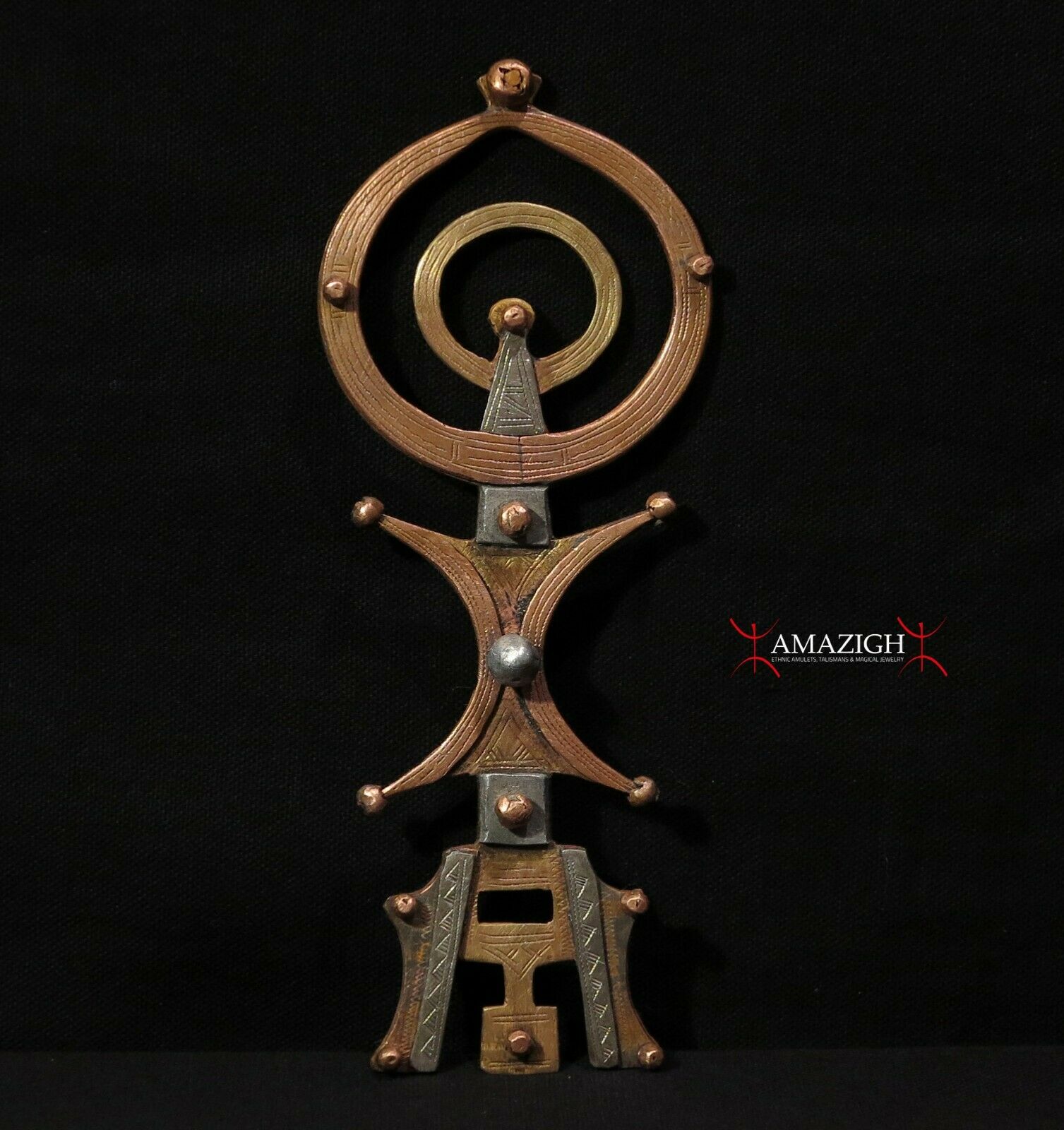 Geometric layers of copper and white metal on brass sheet:

Tuareg veil weights known as ”assrou n’ swoul“, generally translated as ”the key which is thrown over the shoulder“. This elaborate key-like pendant is often worn by wealthier women as a counterweight to keep their head-cloths or robes from being blown away by the Sahara’s winds.