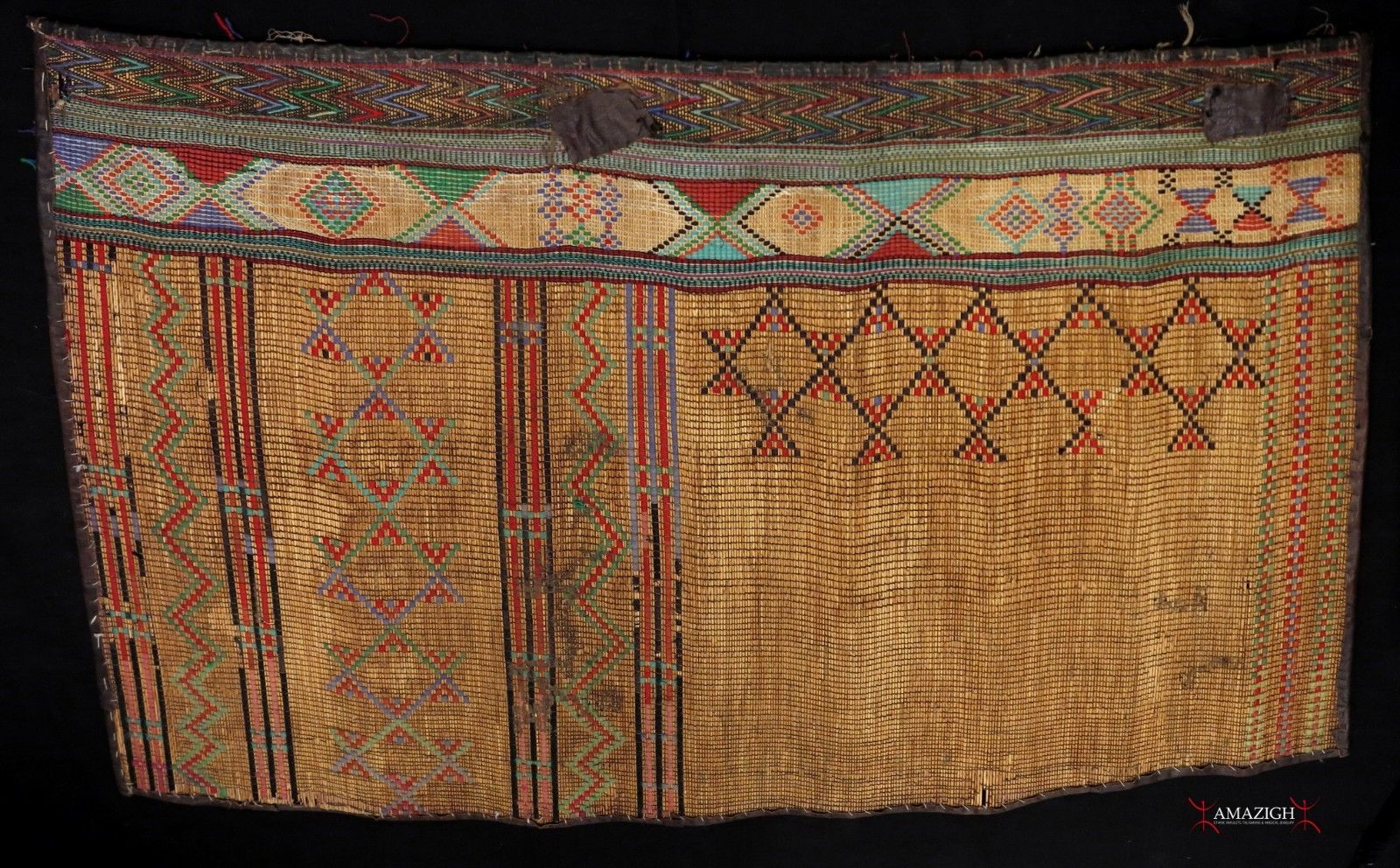 Authentic old straw mat decorated with leather strips that form traditional Tuareg geometric designs. Some damage due to age and use.